Well, weekly blogs took a backseat again, this time for trade shows and new-product development. I guess that’s the downside of having a small team with the upside being the chance to do a wide array of things that you wouldn’t get to do at larger companies. The last two trade shows we attended were the SHOT Show and the Magic Trade Show, both of which were in Las Vegas. We had a week back here in balmy Central Texas between the two shows, and now we will be back in the office for longer than a single week! The shows were a lot of fun, and a lot of work.

The biggest news (which you’d already know if you follow us on Instagram or Twitter) is that we have a new sister brand; the Emmons Manufacturing Company is a 100% American line of packs and gear. 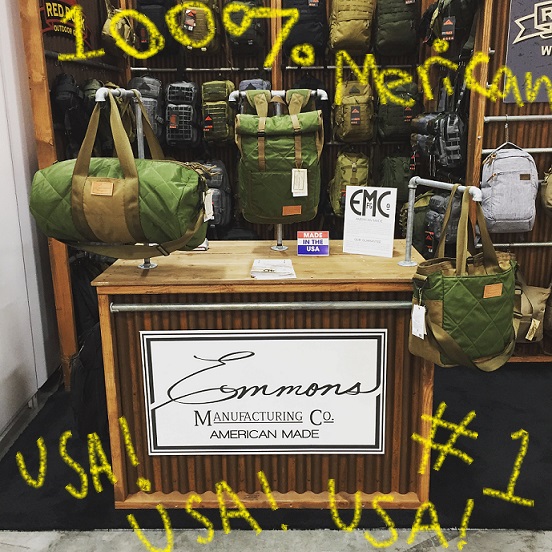 We are extremely excited to build out the line and have a premium product made right here in Central Texas. You can follow them on Instagram and Twitter or like them on Facebook. All we can show you right now are the first three bags, but there are two more for that will be included in the official launch, and a second color option which is pretty sharp looking, if we do say so ourselves.

We probably won’t get to share much more about the Emmons Manufacturing Company on here, so get on their social media if you’d like to know more.